Why is Santa looking so soul-less you say? Well, it’s christmas – again. Not only is he a sleep deprived over-worked mess, he also has to go around the world in a wild goose chase for people willing to accept his gifts. It’s the worst time of the year to be Santa Clause. It would be an easy job if it weren’t for all the people wanting to give him food and drinks in return for the gifts. Yeah, the drinking might actually be why he looks at you like that. Santa is lucky if he ends up with a functioning liver after this, the holiest of nights.

This year however Santa’s good friend Jesus (Happy fake birthday!) have chosen to join Santa on this breakneck race around the globe. If they work together Santa might just live to see next christmas.

Santa and Jesus tag teams christmas is an asymetric two player board game. One player will play as Jesus and Santa trying to empty Santa’s sleigh of gifts while their opponent – all gift recievers of the world – try to overwhelm them with gifts of foods and drinks.

If Jesus eats and Santa drinks fast enough they might just make it before Santa passes out from alcohol poisoning. 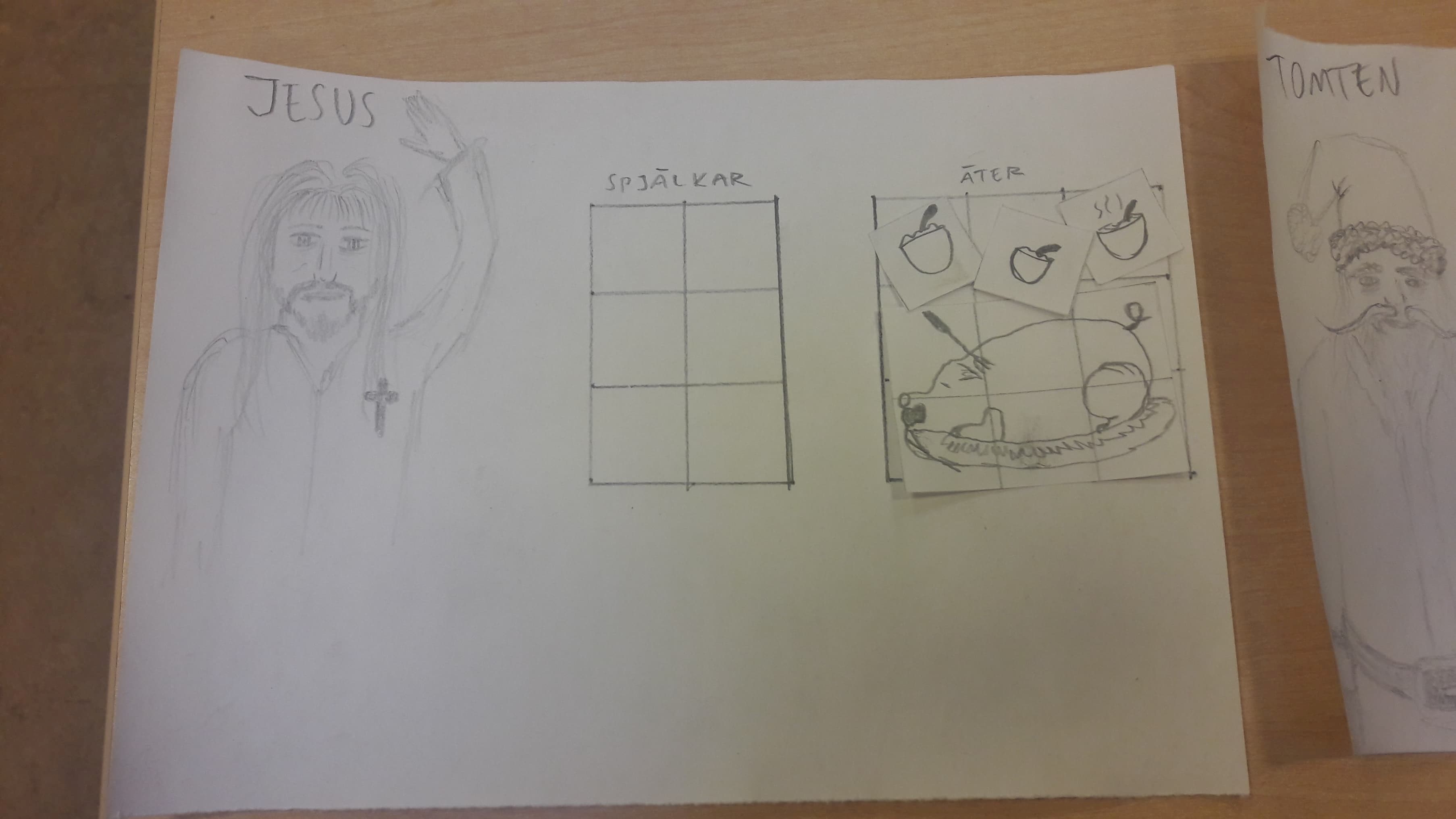 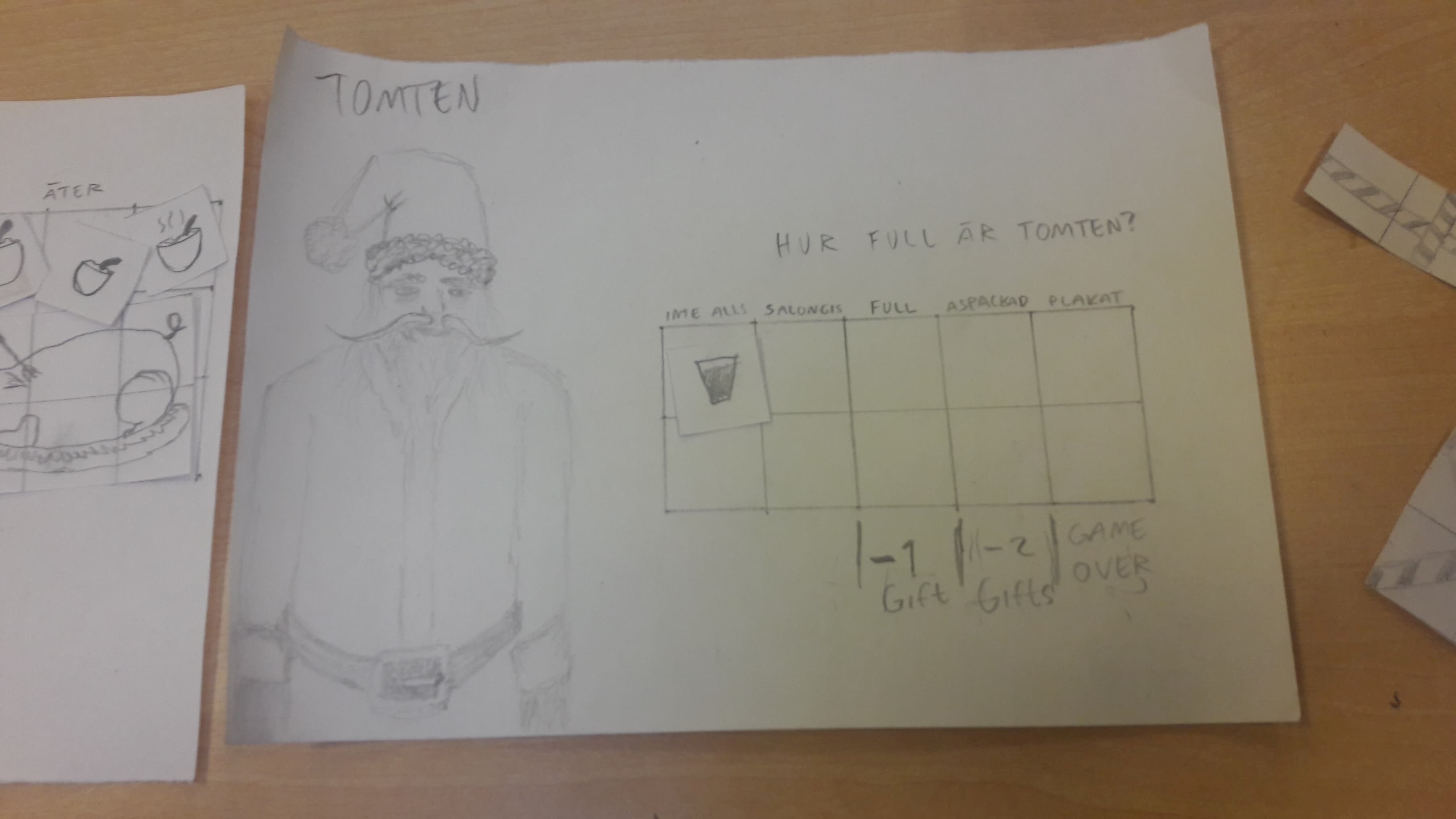